A scene from the Second Great Awakening

In 1 Chronicles 12:32, the Bible describes a fascinating group of people among the followers of King David. They were men of the sons of Issachar who had understanding of the times, to know what Israel ought to do. Do we whom Jesus has called to be evangelists understand the times we are living in? Have we understood what God is doing in our generation, so that we may be wise co-laborers with Him? Have we seen our calling from God’s larger perspective? If so, then it is an exciting time to be alive!

Understanding God’s Plan for the Body of Christ

As evangelists, we need first to catch the vision of what the Lord has been doing in history, so that we can recognize His work in our own day. Over the last several hundred years, the Lord has been restoring Biblical truths that had long been lost through compromise, false teaching and false teachers, and the exaltation of human religious traditions in place of eternal, Biblical truths. These eternal truths include salvation by faith and not by works, the assurance of the forgiveness of sins, sanctification, holiness, the baptism of believers by immersion, and the baptism and gifts of the Holy Spirit, among others.

In recent years, the Lord has been restoring to His church all of the ministries, gifts, and functions ofthe Biblical Body of Christ. This includes the critical role in the early church of elders in the leadership of local congregations, something believers are only just beginning to comprehend once again. Read carefully the words of 1 Peter 5:1-4, and note what is said, as well as what is not said:

“The elders who are among you I exhort, I who am a fellow elder and a witness of the sufferings of Christ, and also a partaker of the glory that will be revealed: Shepherd the flock of God which is among you, serving as overseers, not by compulsion but willingly, not for dishonest gain but eagerly; nor as being lords over those entrusted to you, but being examples to the flock and when the Chief Shepherd appears, you will receive the crown of glory that does not fade away.”

Peter is stating that the elders are called to “shepherd” [poimaino (poy-mah’-ee-no); to tend as a shepherd, to pastor] the flock of God. Notice that “shepherd” here is an action, not a title, and also that the word elders is always plural.

During the first century A.D., a multiplicity of ministry was the normal experience of the congregations of the saints. The traditional role of a single pastor serving as spiritual leader and chief executive officer of a local church was a historical development in later centuries as churches became institutionalized. Remember that the Biblical Body of Christ will never be an institution or an organization, nor is it the property of any institution or organization. The Biblical church is a living organism made up of many members with a wide variety of functions, and it belongs only to Jesus Christ.

To summarize, we are living in a day when Christ is restoring the church to her full New Testament pattern and power. The Father is preparing an eternal Bride for His Son, one that will be ready for Him when He returns to earth! Remember the famous passage from James 5:7-8: “Therefore be patient, brethren, until the coming of the Lord. See how the farmer waits for the precious fruit of the earth, waiting patiently for it until it receives the early and latter rain. You also be patient. Establish your hearts, for the coming of the Lord is at hand.” As the Lord gave the former rain to establish the early church beginning with the day of Pentecost, may He give us the latter rain to restore His church to her original Biblical pattern, power, and purity in these latter days.

Timothy Dwight, the president who turned Yale College into a major university, was a key figure in the Second Great Awakening in the United States. The First Great Awakening of the 1730’s and 40’s and the Second Great Awakening in the early 1800’s were revivals that spread across the North American continent and England. Their effects continue to this day in missionary movements that have spread to every corner of the globe. For six years, beginning in 1795, Timothy Dwight prayed, preached, and debated all comers about the great truths of the Bible–without a single convert. Then in the seventh year, the Lord sent a powerful revival that brought nearly 80 out of the 230 students in the college to living faith in Christ. In 1800, Dwight wrote the famous hymn that includes the words… 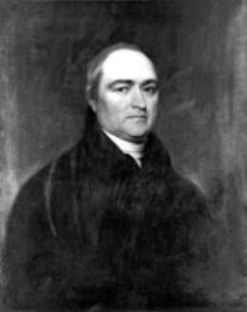 I love thy church, Oh God,
Her walls before Thee stand,
Dear as the apple of Thine eye,
And graven on Thy hand.


For her my tears shall fall
For her my prayers ascend,
To her my cares and toils be given
Till toils and cares shall end.

Are we who call ourselves evangelists busy about building our own ministries? Or, like Timothy Dwight, are we devoting our lives to building the church of Jesus Christ? Every ministry, denomination, organization, and institution will pass away, but the church built of living stones will stand forever.