The Difficulty of the Evangelist’s Calling

Fifth and last, and I feel that I must emphasize this, the calling of the evangelist is not an easy one. A while back, I was at a gathering of missionaries here in Colombia, missionaries from Colombia to other countries. A missionary to Spain walked up to me and asked me what my work for the Lord was. When I told him that God had called me to be an evangelist, he warned me plainly that many whom the Lord has called in these days to be evangelists have grown discouraged and given up. He said that many had decided to take positions as pastors because their means of support was far more obvious than it had ever been when they tried to work as evangelists. Then, he counseled me in the strongest possible terms, “Never give up on your calling! Never become something other than what God has called you to be!”

It is true! Being an evangelist usually does not come with a salary, but God will still provide. Hudson Taylor, a famous missionary to nineteenth-century China and the founder of the China Inland Mission, left some powerful advice for those who serve Jesus Christ by faith without visible means of support: “God’s work done in God’s way will never lack God’s supply.” Taylor went to China alone as a young man, and ministered in inland areas where no missionary had ever gone before. Yet, by the end of his life, the China Inland Mission had brought in and was supporting almost 850 additional missionaries. This man of faith also stated, “I have found that there are three stages in every great work of God: first, it is impossible, then it is difficult, then it is done.”

Being an evangelist does not come with a written manual or agenda. We must advance on our knees and by yieldedness to God. The words of 2 Corinthians 5:7-8 must be true of our lives, “For we walk by faith, not by sight.” Then again, the greatest works of God are always done by faith, and not by human ability or ingenuity.

To be an evangelist is to be misunderstood by some, including believers. Some church leaders and pastors may even think that we are in competition with them, but the work of the evangelist is to build up the church of Jesus Christ, not our own little kingdom. Some believers will not understand our burdens, what it is that concerns us so much, yet let us never despise the burdens that God puts on our hearts. Years ago, a brother in the Lord asked me how I could possibly pray for revival in New York City, which he called the “modern Babylon.” He was genuinely puzzled and was even right in one sense, yet how could I not pray for revival in the city that the Lord has made me part of, and put on my heart for more than thirty years? As the Lord spoke to Israel in Jeremiah 29:7, “Seek the peace and prosperity of the city to which I have carried you into exile. Pray to the Lord for it, because if it prospers, you too will prosper.” Are we not all exiles here on earth, longing for a kingdom where sin and death will never again enter? Should we not lift up our prayers to Heaven and shed our tears for the places God has caused us to inhabit for a little while? 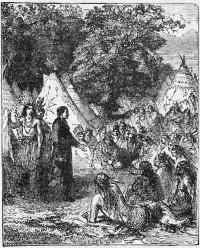 In addition, the breakthroughs we evangelists pray for take much prayer and patience. We are called to break new ground for the Lord, and that has always been costly work. The young David Brainerd did not at first aim to preach to Native Americans. Yet in 1742, when he was thrown out of Yale for making an unwise comment about the spiritual deadness of the head of the college, he soon found himself living and working among those suffering and spiritually blind people. For months and years, he prayed and wept to see a single convert among the natives, fighting discouragement and despair that anything would ever change. Yet, when God finally did move in power, not only did the natives who heard his preaching come under deep conviction and repent of their sins, but others who were far beyond the range of his voice fell down under similar conviction and also turned to the Lord–all by the power of the Holy Spirit.

Another reality we face is that sinners are not always pleasant, nor were we before Jesus saved us! The first ones other than my parents to tell me about the grace of Jesus Christ doubtless left with a strong impression that they had just wasted their time on a nasty and angry kid. Always remember that those who respond most unkindly to the Gospel may later become the most important fish we reel in for Christ. Dwight Moody did not seem to be a very promising prospect to his Sunday School teacher, Mr. Kimball. Yet that man was moved in his heart to pray for the religious but unconverted young man in his class. 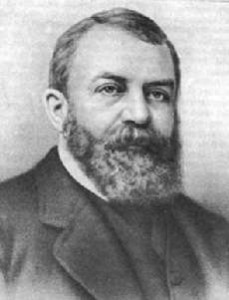 One day, Mr. Kimball decided to go to the shoe store where Moody was working. Someone could well have said to him, “Why not wait until next Sunday to talk to him?” But he did not wait. He walked right into the store, past all the other clerks, and talked to Moody one-on-one in the back room about the love of Jesus Christ. He was sure that he was not doing a very good job of witnessing, but by the end of the conversation, Dwight Moody had received Jesus as his Lord and Savior. That young, uninspiring, uneducated shoe salesman went on to become the most far-reaching evangelist of the nineteenth century.